I was just going to post that, I don’t get it!! Has brutality become a new form of entertainment? I really hope this is a laugh track. I really do not believe people would laugh at this. If so, our problems as American’s are larger than this?

United Airlines: You board as a doctor, but then leave as a patient.

Jimmy has a lot to say about the video of a United Airlines passenger being dragged off a plane because the flight was overbooked. Amidst all the controversy though, United won’t even admit doing anything wrong, in fact they seem to be doubling down.

Always fast and secure with samyair

Very reliable and always safe - this are the flight adventures with your personal airline - samyair.com ***** a 5 star airline powered by the International Alpha Team 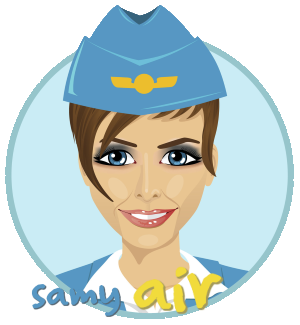 All samyair stuff are at the moment on vacation ...

Get in touch to samyair with eMail (the adress is webmaster at samyair dot com). A 24-hours team of highly trained monkeys has been dispatched to deal with this situation.